Little preview of „United Desperation“ for those who want to risk an audio peek.

The release of United Desperation has started on 19th of May with a bang.
We thought the perfect promotion would be a concert together with and for the buddies from the local metal scene. Location of choice was of course Escape Metalcorner, one of Viennas finest Metalbars and a great place to hang out having some drinks.
Check in was at 6 p.m. followed by a small soundcheck and at 8:30 p.m. Beyond Sirius hit the stage on time to start an eve full of high class Underground Heavy Metal. They impressed with an exquisite mature mix of Death-, Prog- and Thrashelements. Rainer had the honour to do a guest vocal performance on Desert of Death (thx for that bros).
Next in line were Devilate, an energetic Viennese Thrashcore Act who turned on the bulldozer and made the crowd sweat.
Even more perfect than we could imagine was our gig. First time in front of a big, motivated crowd we played the longest and most intense Enclave show till now. Escape technician Marco did an amazing job, and with a formidable sound we gave it our all until the crowd went wild. Goose skin guaranteed.
Once more we wanna thank you all so much for making us feel like Rockstars on stage.

The Underground is still alive… 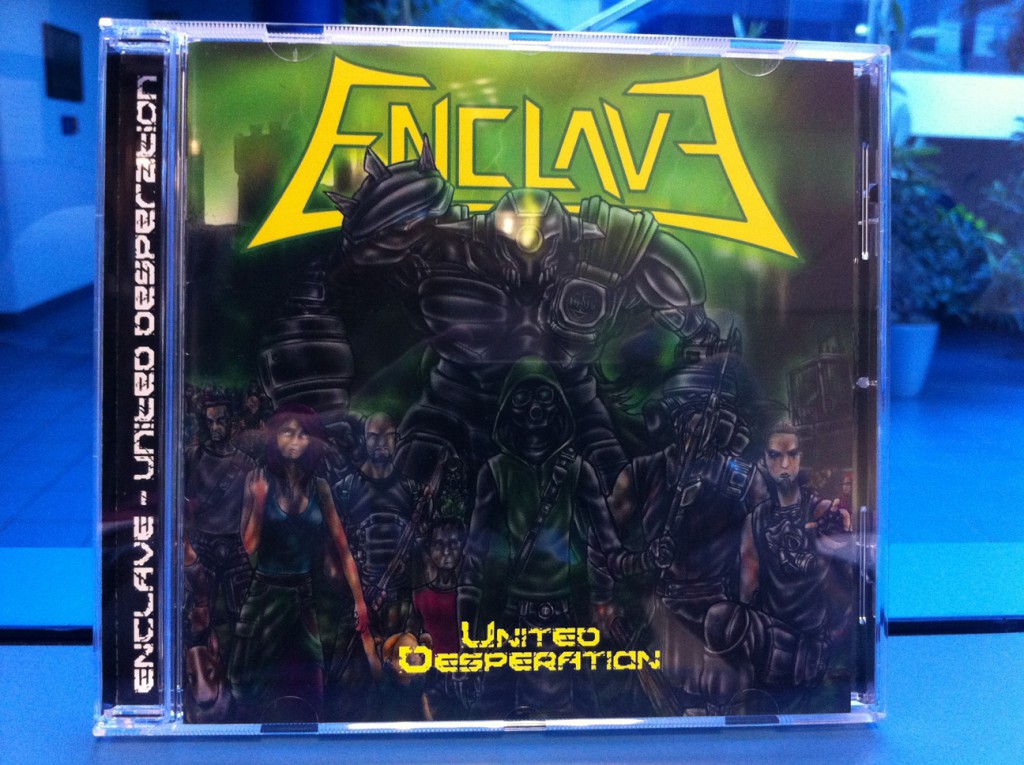 After few weeks in the universe of bits and bytes we managed to finish our homepage and now its finally online. Have a look at our new home to get latest news and facts.
Feel free to share your opinions with us. And see you on the road!