Andi Sotiropoulos is the newest addition to the family.

A formidable shredder on the 6-string axe, Andi will take over the vacant position on guitars in Enclave. He’s a congenial humble guy with vast musical and sporting background and will make his debut at the shows with Legion of the Damned in Graz Vienna.

Give our new buddy a warm welcome and see you on the road!

Btw: Michi has married and will from now on tear down the stages of this world as Michael Staffenberger. 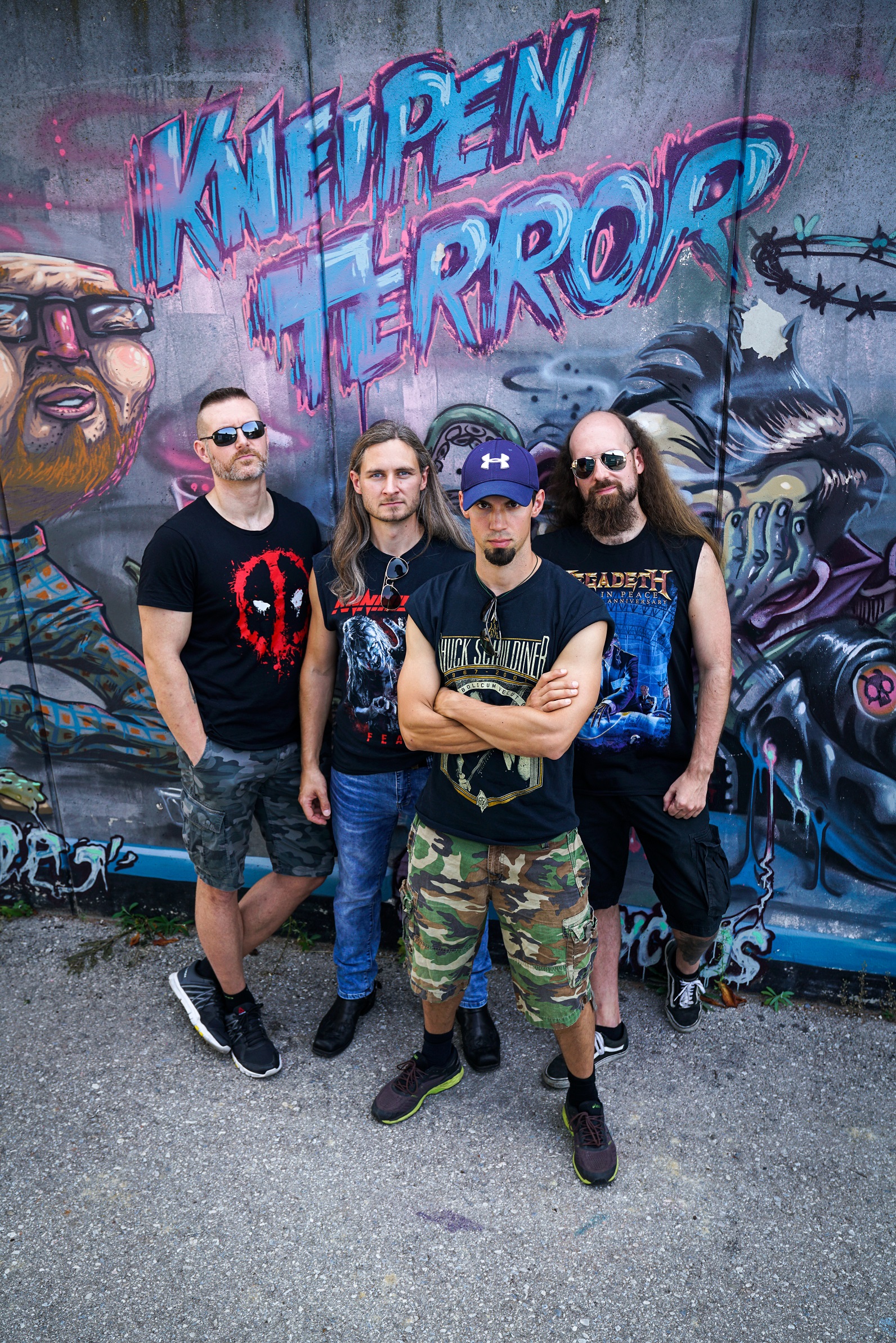 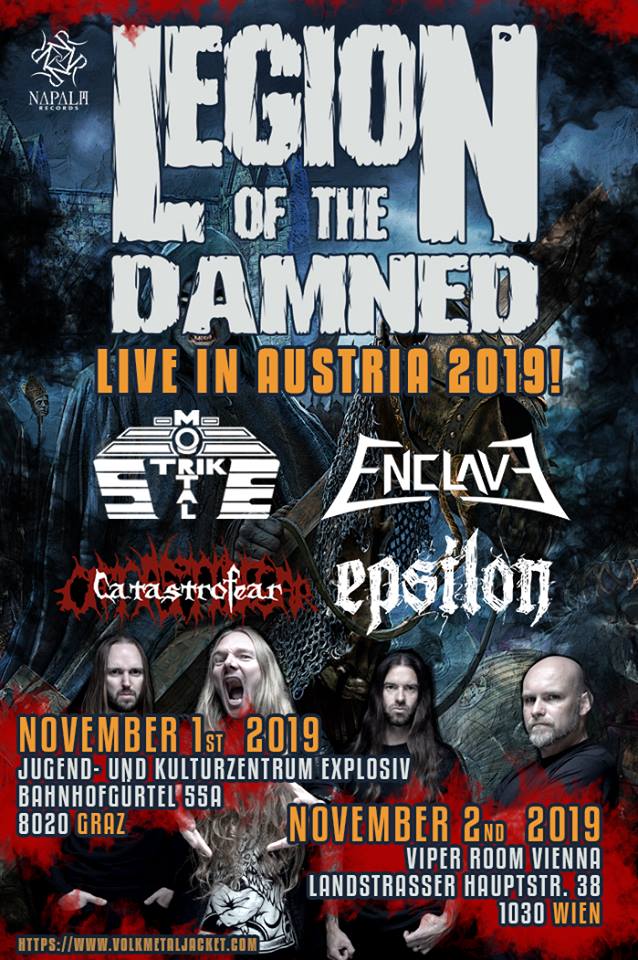 A couple of great shows are coming up and if you wanna support Enclave by coming to our shows and go crazy, don’t hesitate to contact us for tickets!
They are available from now on. 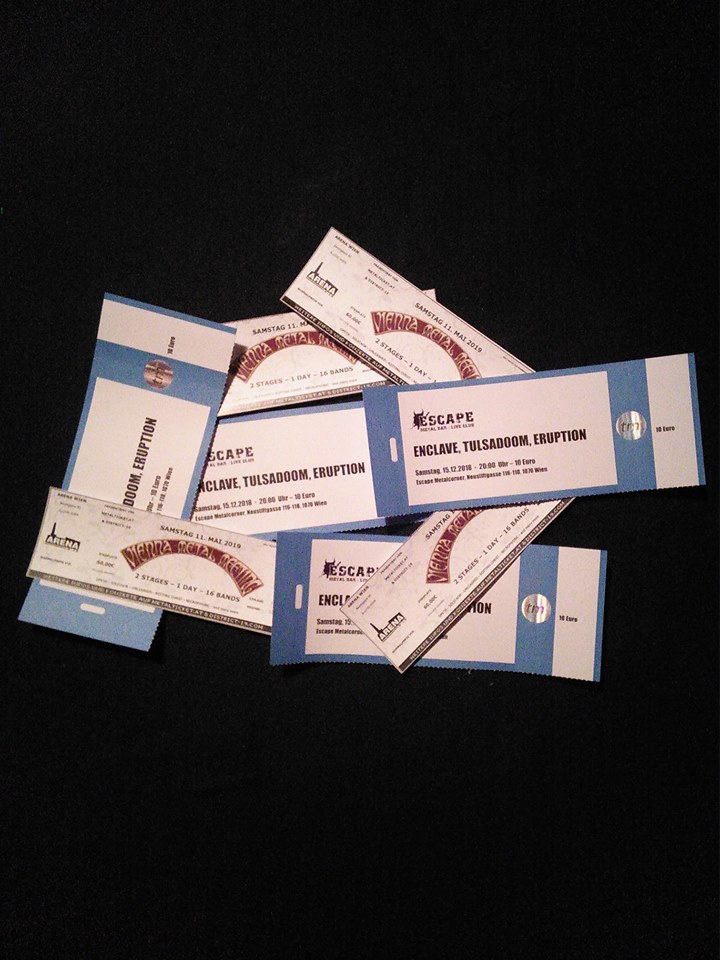 We have been confirmed as  part of the line-up for the 3rd edition of Vienna Metal Meeting in 2019. Tickets will be available soon via our homepage, just drop us a line! 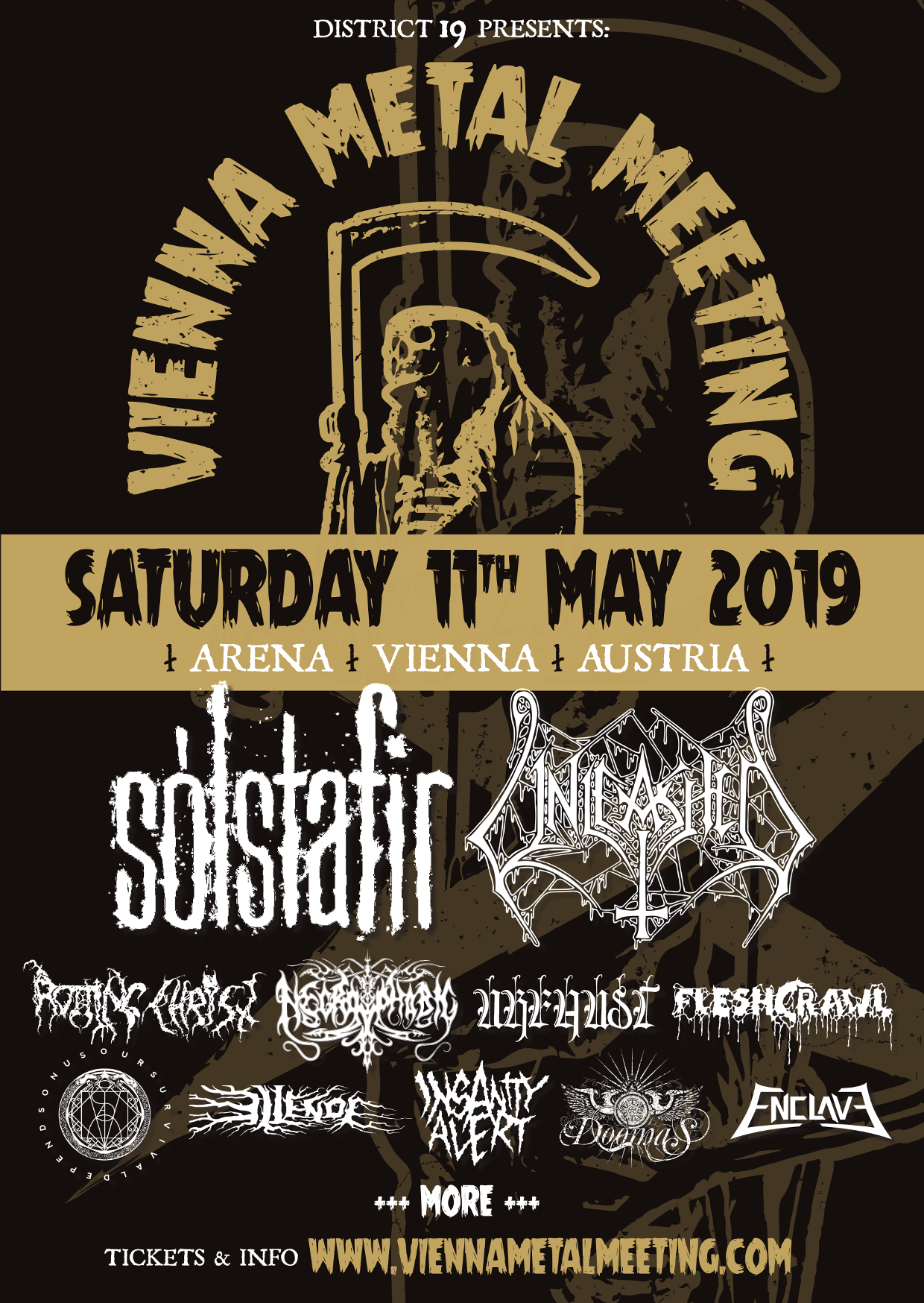 In April we’re gonna Co-headline the first edition of Show No Mercy @ Vienna together with Vulture, Septagon, Titan Killer and Harbringer.

Make sure to join the party since Vulture and Septagon are going to make their debuts in our beautiful city. You can also support this great event and drop us a line for tickets. Facebookevent 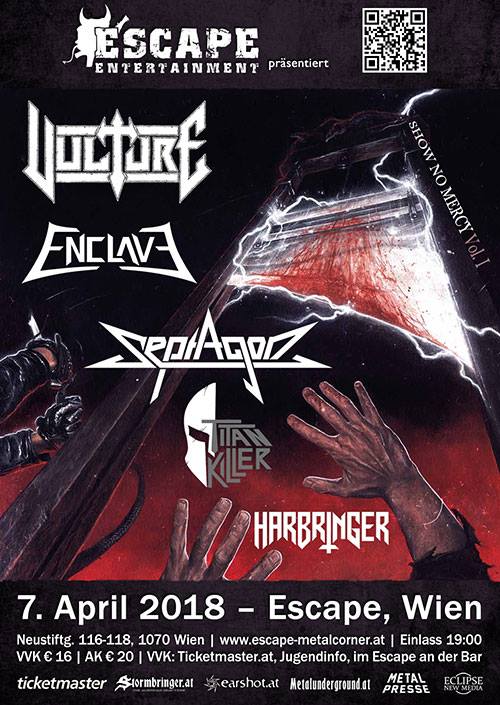 In March we will give our comeback in Slovenija invading Ljubljana at the Thrash Attack together with Lintver. Will be one hell of a time and we’re really looking forward to meet all of our slovenijan brothers and sisters again! Facebookevent

We're currently working on our homepage. For any news please check out our Facebookpage

All Merchandise (Shirts, CD's, Patches) is available via this homepage. Don't be shy, just write us a note!

Thanks Kaltenbach Maniacs for your early support even though most of you guys must have been tired and fucked up from partying all night. All hail to you!

Moreover Cheers & Beers to the Organizers for having us & many great bands.

We will return to Styria on 2.10.15 @club wakuum together with our bros Bloodliner & Insanity Alert 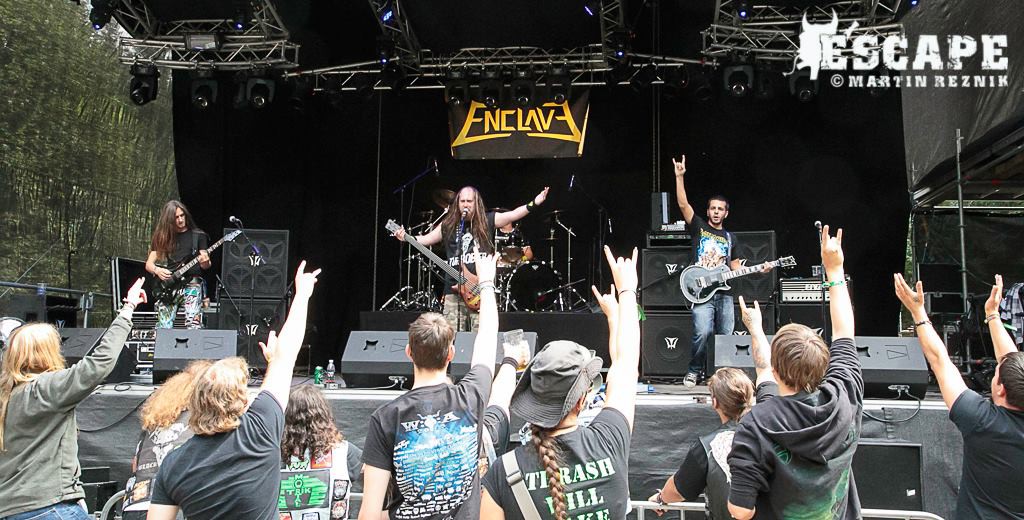 We got a bunch full of news for you guys.

First of all this friday we’re gonna play at the Kaltenbach Open Air, supporting Extreme Metal heroes Krisiun and Marduk. Our stage time is 12:50-13:20. Tickets are still available till Wednesday!

Furthermore we have been confirmed for several gigs in fall including this years edition of The Gates of Hell festival (25.9.2015) together with our bros parentaladvisorydeathmetal, an insane weekend cooperation with Insanity Alert at the When in Sodom Show in Graz/Wakuum on 2.10.2015 and a support show for German thrashcore veterans S.D.I. at the Escape Metalcorner on 3.10.2015 feat. Insanity Alert and Fleshstorm

Last but def. not least we’ll stop our live activities after the announced gigs for some time to record the yet nameless successor of our debut United Desperation.
The album will be recorded and refined by Norbert Leitner and probably released in fall 2016. Thrash Assault is to be expected!

That’s all folks,
See you at Kaltenbach!

Save the date cuz now it’s official! We are supporting one of our all time faves and heroes EXODUS in the Szene Wien. Also on the billing our brothers from Mortal Strike. Tickets are available via our social media channels.

So stay tuned and call your local Enclave-guy!